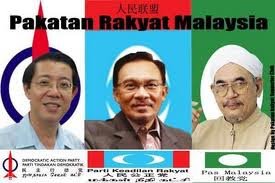 The meeting point between DAP, PKR and Pas who then made the PR (was not registered) was only based on the factor that BN was their enemy, not because they want to take care of the rakyat or even developing the nation.

The internal fight that goes in Pakatan Rakyat nowadays include the fight for DUN and Parliamentary seats between Kedah DAP and Pas is only one of the hundreds of proofs that show PR would be dead by the coming 13th GE.

According to Kedah DAP Chairman, Lee Guan Aik who is also Kota Darul Aman ADUN, if Pas fails in giving more seats in the next GE, a fight between three corners would occur. The threatening statement does not only trigger rage among Pas supporters, it also questions the position of DAP in PR that is seen that they are trying to dominate the pact.

Seems that Pas's supporters just realized how arrogant DAP is in keeping their interest instead of the interest for all.

In BN, the same issue would still be there, but solutions would be discussed together as BN is the party that came from the Perikatan party that was established through good intentions to help the people and to reach Independence for the nation.

How fit can PR be in leading a country when they could not even settle internal issues and when they threat one another? Everyone is for their own ideas and they would not take no for an answer, the country might be devastated if PR rules.

The fact that they are not registered is enough to cause doubts among people on PR, and the issue of seats of course. So, it is not hard for us to expect that it is possible that PR might lose in the coming GE. 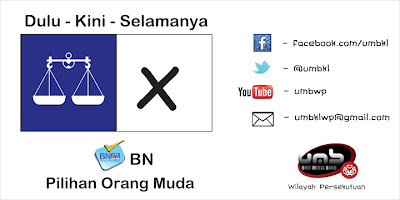