THE POOR, EPF AND THE DUMMIES IN PAKATAN RAKYAT - PART 1 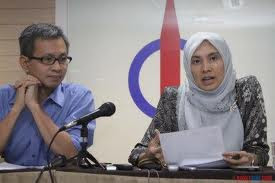 I will be addressing these three (3) statements done by the opposition (PKR and DAP), I wonder if PAS had anything to say or they are now merely a political party that is in charge of only Islamic/Religious and Malay custom affairs? So like those days before independence where the Sultan was in charged of these portfolios whereas the British took control of the economy and what not. But that i will touch on another day.

First of all, before i proceed with breaking down the arguments of these so called Yang Berhormat (YB's) and Economic experts, lets have a look at the history of the urban poor and this scheme:

In Part - 2, i would talk about the objective of this scheme, and the approach/process taken.