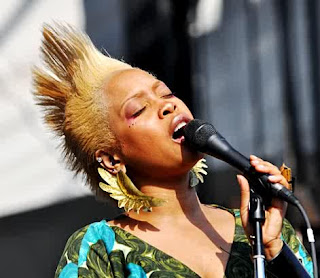 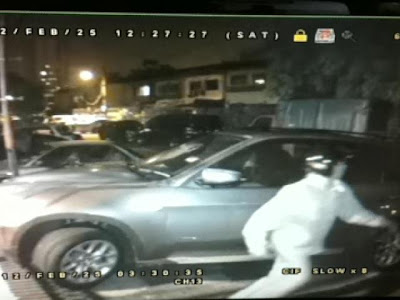 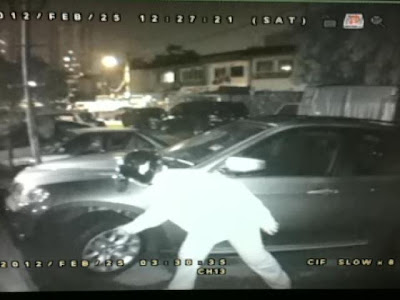 Residents were horrified that the perpetrator on motorbike parked his motorbike and wearing with his helmet alighted from his motobike and on foot with his face covered with a cloth just went around slashing the residents car tyres where they park infront of their house. 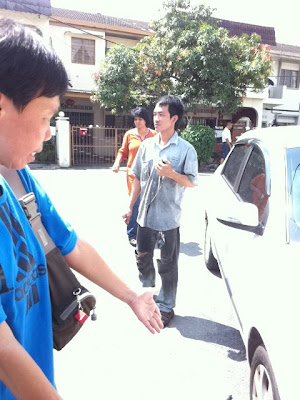 One of the victims, Mr Ahmad Mydin of Malaysia Nanban had his CCTV recording the incidents happended around 3.25 am this morning. 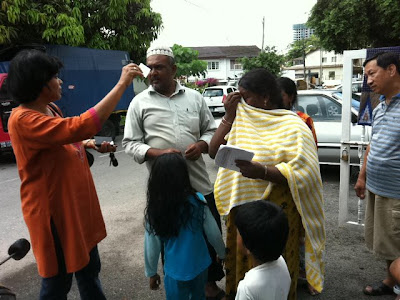 Puan Jayanthi Devi Balaguru the Barisan Basional Chairman of Parliament Segambut visited the residents this morning and has lodged a police report. 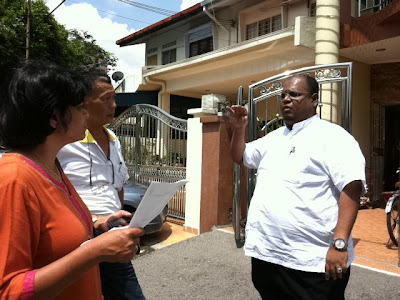 She mentioned that the the crime in Taman Segambut has increased with after attemped armed robbery last week and now this. She urges the police to spruce up their patrols and set up a police beat here. 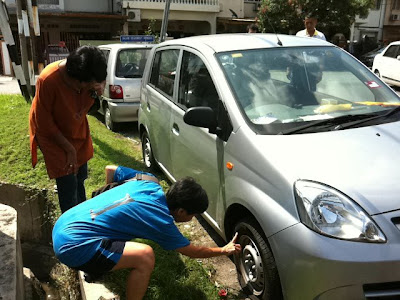 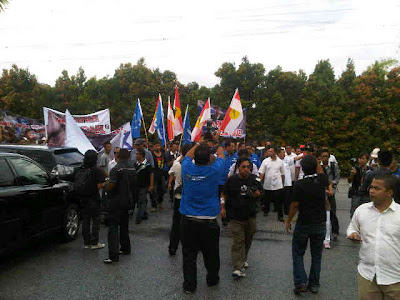 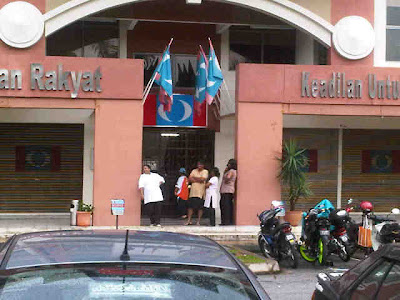 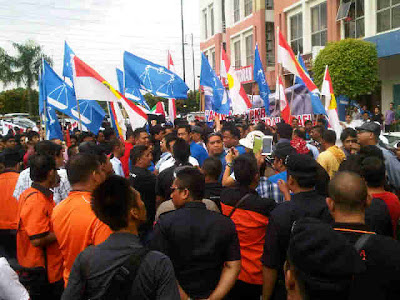 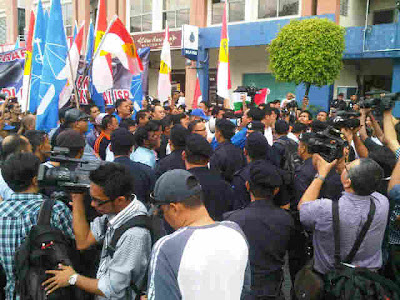 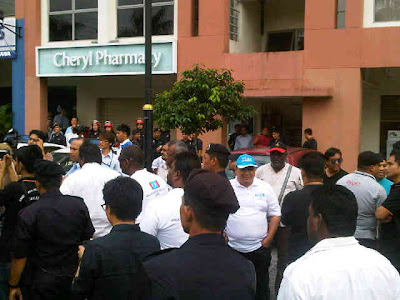 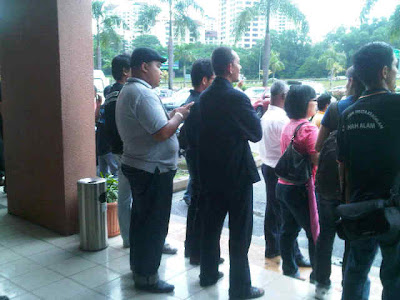 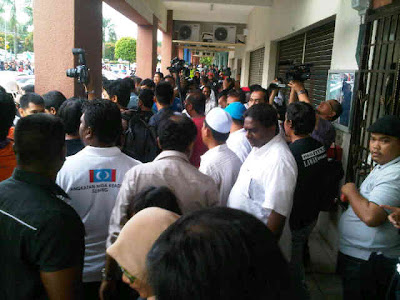 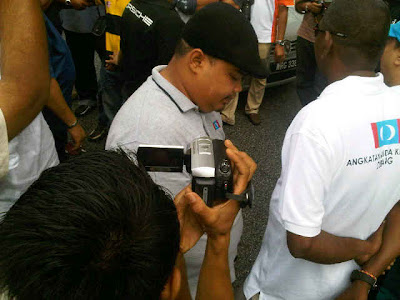 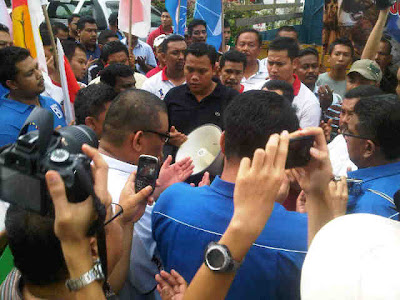 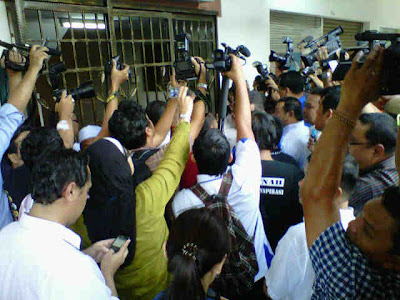 THE POOR, EPF AND THE DUMMIES IN PAKATAN RAKYAT - FINAL

As promised, today i am writing the final chapter of my three (3) part series article titled "THE POOR, EPF AND THE DUMMIES IN PAKATAN RAKYAT". The previous two (2) articles has touched on the following items:
1. A brief history - talking about the PPR residents request and grouses.
2. Objective - talking mainly about the objective of developing this scheme for the poor
3. Approach/ Process taken
4. Brief summary
Today, i would write about the following items:
1. Payment structure involving EPF, SPV, DBKL and future house owners.
2. Benefit of this loan to the poor
3. Rebuttal to all allegations by Tony Pua and Nurul Izzah
Payment Structure
There was a lot of rubbish being mentioned by the opposition, especially Tony Pua and Nurul Izzah, who condemned the government for using EPF fund to finance this scheme. Their main concern was why provide direct loans to the poor, when they can't even get a bank loan? To answer this question, please look at the diagram below.
From the diagram above, it can be clearly shown that the loan from EPF/KWSP goes to the SPV that will be created under Yayasan Wilayah. However i would explain in detail the diagram above in detail:
1. DBKL offers PPR residents the opportunity to purchase their current houses.
2. Once they have agreed, DBKL would sign the S&P agreement with the SPV which subsequently sign an agreement with the house buyers.
3. The house buyers pays their installment to the SPV, and the SPV pays it to EPF.
4. The loan from EPF is guaranteed by DBKL. So it is secured.
Benefit
Firstly, to purchase the PPR houses, the current residents do not need to put any downpayment. Compared to loan by financial institution, where a minimum of 10% downpayment is required. This in itself benefit the poor and helps to reduce their burden.
Secondly, the loan given by the government is 100%, inclusive of lawyer fees and insurance.
Thirdly, there are no maximum age restriction to apply for this loan. The minimum age is 18. However, depending on situations, a co-borrower needs to be appointed if the applicant is too old or is not working.
Fourthly, the loan tenure is up to 25 years, which in turn would not put a heavy burden on the buyers. Furthermore, the houses are being sold at below market price since it is directly sold by DBKL and not third party owners.
Opposition lies
There has been a lot of accusation and lies by the opposition regarding this scheme as they know that the implementation of this program would help thousands of low income earners in the city to own assets. This in turn would result in the opposition losing thousands of votes in the coming GE.
The statement by Tony Pua that this scheme would result in a sub prime crisis is totally rubbish.The Malaysian property market is worth RM 260 billion and the loan given to the poor is only RM 1.5 Billion. This only constitute 0.5% of the total housing loan in Malaysia!
Nurul Izzah statement that the lending rate should be reduced to 2% percent shows that she is a hypocrite. At first when the scheme was announced, she, together with Tony Pua said that loans should not be given to the poor, and now she want's it at 2%. Flip flop?
Baru Bian allegation that this scheme has many uncertainties has been answered in this blog. To whoever thinks that the explanation is unsatisfactory, i would not mind meeting you in person to explain this issue.
Berkhidmat utk rakyat, dan kepada ALLAH swt kami berserah.
@kabir_akram