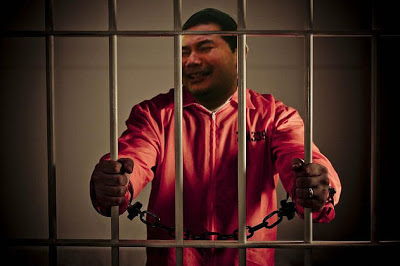 Today in Part 5, we examine how PKR Strategy Director Rafizi Ramli lied that National Feedlot Corporation had never intended to seriously do the beef project business. His lies, distortions and misrepresentations were aimed at discrediting NFC the project, NFCorp the company, its directors, and former minister and current UMNO Wanita Chief Datuk Seri Shahrizat Abdul Jalil. His fabrications had also caused not only the assets of NFCorp to be frozen but the livelihood opportunities of 310 potential contract farmers and 1,550 farm hands, blocked.

On 8 February 2012 at the height of the NFC saga, Rafizi gave MalaysiaKini a media interview in which he said, “I don't think they ever meant to do the cattle-rearing business as their main business. And I don't think they want the tender, the contract to do this because they want to support the National Feedlot Policy. I don’t think so. It was very clear by the way they set up the operations and how the money was transferred to other operations and that the focus was placed on other operations.”
(Source: http://www.malaysiakini.com/news/188494).

It was clear cut that Rafizi’s goal was not aimed at getting to the true picture but to lie, distort and misrepresent NFC the project, NFCorp the company, and to also defame the directors of the company and UMNO Wanita Chief Datuk Seri Shahrizat Abdul Jalil. It was also to undermine a national food security project and the livelihood of 310 contract farmers and their 1,550 farm hands – all of whom would provide the votes to BN in Gemas.
In the MalaysiaKini interview “Rafizi: NFC doomed from the start”, Rafizi had cast the impression that he was well versed with the operations of NFC and NFCorp. He spoke at length as if he had made daily visits to Gemas or that he was a food management agri scientist. KL Chronicle doubts Rafizi has ever nurtured a cow, let alone milked one. So how could Rafizi know if NFCorp was doomed from the start? Trained accountants would be wary to claim without fully comprehending the business model or from just one visit to the farm.

Rafizi had never in the first place sighted the proposal of NFCorp’s bid for the beef project business. KL Chronicle therefore doubts that he really fully understood the merits of the beef project. If he had, he would have seen that the complete proposal encompassed a holistic approach to the beef business. It was never just a plain cattle feedlot business – rather it was a complete beef production business based on a ‘farm-to-fork’ approach that included importation of best breeds, nurturing of the cattle, feed lotting, slaughter, beef production, organic fertilizer, logistics, marketing, advertising and promotions, showcase restaurants, butcheries, export for the prime cuts and even biogas. The value chain was exceptional and value-added that go beyond standard expectations.

Even the business model and the complete business structure of the NFCorp group of companies were all spelt out in the proposal. And even more was how 310 contract farmers together with NFCorp would bring about a cumulative 246,000 heads of cattle annually to reduce Malaysia’s beef imports by 20 per cent down to 60 per cent by 2014.
On that note, the government was fully aware of the business model and the business structure of NFCorp. It is believed that the government had on these comprehensive value-added merits, considered NFCorp for the project to meet the government’s aspirations for its National Meat Policy (Ruminant Sector) 2006.