CNN and Fox News: Can you handle the truth? #PrayForMH370 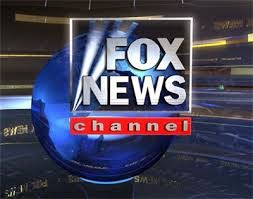 Bias information and reports are not a rarity in the western media. For decades we have been fed by half-truth reports just so that they can ensure a certain criteria or agenda is met. Bias reporting of foreign media has also been used as a weapon to propagate certain “facts” to justify actions taken by any parties even though the facts are not true.
The fact of the matter is, the news reported by CNN is always favouring certain countries and this does not includes Malaysia. Frankly speaking, many Asian countries have suffered badly at the hands of CNN and their foreign correspondent. Who can ever forget how CNN tries to defame the Thai government during the reign of Abhisit Vejjajiva the former Thai Prime Minister. CNN was adamant in showing that the whole of Thailand is in flames with riots and looting. The same video showing rioters protesting on the streets were repeatedly shown. The real situation was actually very different then what CNN portrays. The rioting incident only happens in Bangkok, while people in Hatyai, Krabi and other places in Thailand are chilling at the beach while sipping Pina Coladas with no worries.

The same goes to incident in Syria, Egypt, Afghanistan, Pakistan and many more countries in Asia. The news they report are sometimes based on rumours and speculation made so that they can get more viewers to watch their channel and click into their portal. There don’t care about facts or the truth. Even China was a subject of CNN persecution, who can forget the Tiananmen Square incident where a Chinese protestor stood in front of a Chinese Army’s tank.  They did not even show the full video of the incident. What they did was, they show the first part of the video, then they cut it off right when the tank about to move. Thus indicating the tank crush the “Tank Man” making the world see that the Chinese government is heartless. What really happened was, the Chinese Army Tank moves aside avoiding the famous “Tank Man” and no one was injured or died in this particular incident.

CNN has constructed a decades of lies, their reasons for these lies might varied but we the people of the world must understand that they are not the responsible source that we should rely on, especially in any incident involving Asian countries. While CNN based most of their stories on half-baked facts, Fox New on the other hand are more of a tabloid type of news agency. They are not interested at the real facts but more towards creating a story that will enhance the imagination particularly of the American people.

Who could forget the accusation that they made to their own president Mr Barack Obama by calling him the Anti-Christ. Because of the American freedom of speech and their liberal press laws, no legal action can be taken by Fox News. However the president of the United States will always take a jab at Fox News during the White House Correspondent Dinner as a way to get even to the news agency. Fox News racist slurs and anti-Asian stand is not a new thing. They have been ridiculing Asian, Middle Easterners and some European countries for decades.  Sadly many of us here in Malaysia still believe their story and use it as a source of facts.
We should not get all worked up with their actions as both of these networks are consider not credible even in their own country. The statements made by their correspondent in the event of crisis are also marred with personal opinion and negative sentiments towards a certain group of people. Their reports on the MH370 flights are a reminder that both of these news agencies are not reliable. Their main target is to provoke and to see what happens with their provocation. Lately they are trying to provoke the people of China to hate the Malaysian government by saying that the Malaysian government lies to the world. But what they forget is that the information given by the Malaysian authorities consists of collective resource that is contributed by more than 26 countries worldwide. If CNN and Fox News were truly sincere in their reports, they should have mentioned the fact Malaysia is not the only country that are involved in the search and rescue mission.

In the time of crisis, we as human beings should stand and work together. Spreading lies and unfounded accusation is not the way to go. Maybe we should all boycott news and agencies like Fox News and CNN just to show them that we demand real stories and not some fairy tales that they conjured up out of nowhere.
UNDILAH BARISAN NASIONAL ### VOTE FOR BARISAN NASIONAL
Love and Peace CikSue Mohamad at 9:00 AM